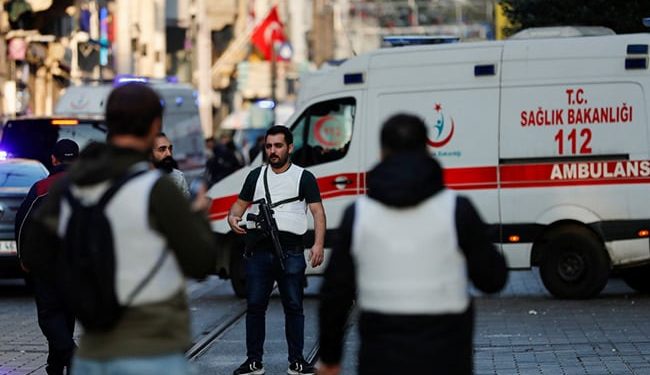 The explosion on Sunday killed six people and injured 81 others.

The person who left the bomb that caused the explosion in Istanbul has been arrested by police, Interior Minister Suleyman Soylu said Monday, according to the Anadolu state agency’s English-language Twitter account.

Six people were killed and 81 others injured on Sunday when an explosion shook a busy pedestrian street in central Istanbul’s Istiklal Avenue in what Turkish President Tayyip Erdogan called a bombing that “smells of terrorism”.