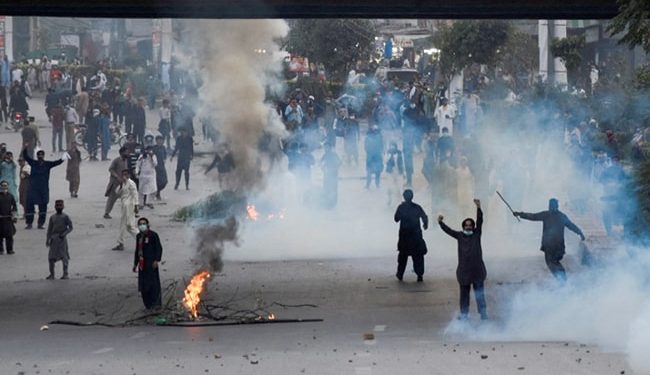 TV footage showed Imran Khan supporters setting fire to tires as they set up protest camps across the road.

Supporters of former Pakistani Prime Minister Imran Khan blocked roads near the capital on Tuesday, disrupting traffic and forcing schools to close as they protested an attempt to assassinate their leader at a recent anti-government rally.

The former cricketer, who has pushed for a general election since he was ousted as prime minister after losing a confidence vote in parliament in April, was gunned down during the rally last Thursday. He is recovering from leg injuries.

“People find it very difficult to go to work,” said police officer Yawar Ali. “Families have been stuck in traffic for hours. We even have reports that the protesters did not let ambulances pass.”

Khan’s successor as prime minister, Shehbaz Sharif, has rejected his demand for new polls and the deadlock has fueled instability in the nuclear-armed country of 220 million people.

Khan’s supporters started their protests on the main roads around Islamabad late Monday. They have blocked the highway to Islamabad International Airport and the highways connecting the capital with the cities of Lahore and Peshawar.

Television footage shows Mr Khan’s supporters setting fire to tires as they set up protest camps across the road.

According to a Reuters order, the government has ordered all state and private schools to close for a day.

Mr Khan, 70, launched what is known as a long march protest rally from Lahore to the capital on October 28.

He waved to the crowd from a container mounted on a truck in the Punjab city of Wazirabad last Thursday when a man fired several shots at him.

Mr Khan was one of the 10 injured. A party employee was killed.

Police have arrested the suspected shooter.

Mr Khan’s party announced late Monday that the march would resume on Thursday at the site where Mr Khan was attacked, and that he would lead it virtually.

Quota for “bad”: “forward” reservation through back door?