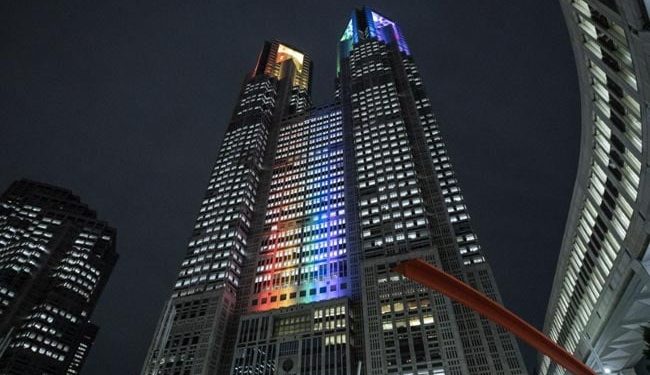 With the certificates, LGBTQ partners can be treated as married couples.

Tokyo on Tuesday started issuing partnership certificates to same-sex couples living and working in the capital, a much-anticipated move in a country with no marriage equality.

The certificates allow LGBTQ partners to be treated as married couples for a range of public services in areas such as housing, medicine and welfare.

More than 200 smaller local authorities in Japan have already taken steps to recognize same-sex partnerships since Tokyo’s Shibuya district pioneered the system in 2015.

While the status doesn’t have the same legal rights as marriage, it’s a welcome change for couples like Miki and Katie, who haven’t had official proof of their relationship for a long time.

“My biggest fear was that in an emergency we would be treated like strangers,” Miki told AFP at home in Tokyo, where photos of the Japanese 36-year-old with her American friend Katie, 31, adorn the refrigerator.

Without a partnership certificate, the couple, who asked to be called by their first name, put a note in their wallet with the other’s contact information.

“But these were not substantial, and we felt that official documents certified by the local government would be more effective,” said Miki as their gray and white cat frolicked with a rainbow tie.

At least 137 couples have applied and hopes are high that the certificates, which apply to both residents and commuters, will help fight anti-LGBTQ discrimination in Japan.

“I sincerely hope that through this partnership system in Tokyo, we can accelerate efforts to create a society where the rights of sexual minorities can be protected and made more equal,” campaigner Soyoka Yamamoto told reporters.

Yamamoto and her partner Yoriko, who have lived together for more than a decade, received their certificate on Tuesday morning, with Yoriko calling the move a “huge step forward.”

Dozens of people gathered to celebrate and take photos in front of the towering Tokyo Metropolitan Government building, which was lit up in rainbow colors after sunset.

“It’s like Tokyo is encouraging us,” Masato, 39, told AFP, while his partner Chris said he saw a “bright future” for the couple.

While the change has been widely praised by LGBTQ rights activists, many emphasize that this is not the finish line.

“Gay marriage is something completely different. It still needs to be legalized,” said Setsuko Yuragi, 22, who asked for identification with her stage name.

More companies are now expressing their support for same-sex marriage, and gay characters are appearing on TV shows with more openness.

A survey by public broadcaster NHK in 2021 found 57 percent of the public in favor of same-sex marriage, compared to 37 percent against.

But hurdles remain, with an Osaka court ruling in June that not recognizing same-sex unions in the country was constitutional.

That was a setback for campaigners in the wake of last year’s landmark ruling by a Sapporo court that said the current situation violated Japan’s constitutionally guaranteed right to equality.

Prime Minister Fumio Kishida has been wary of the possibility of legislative changes that would recognize same-sex partnerships at the national level.

“Some politicians have made really negative comments, such as that we are mentally ill,” Katie told AFP.

But “families don’t always consist of a mother, a father and two children. We should be more flexible,” she said.

Miki and Katie hosted a wedding party last month, but despite their joy at introducing the new system, they recognize its limitations.

The right to inheritance in the event of a partner’s death is still not guaranteed, while Katie’s lack of marital visa status makes her ability to remain in Japan less stable.

“I feel that the level of understanding of Japanese people regarding same-sex marriage is high enough now,” Miki said.

“All that’s left is for policymakers to take it seriously and make changes.”

Look: No water in new water cooler set up for Prime Minister’s hospital visit in Morbi. in Gujarat