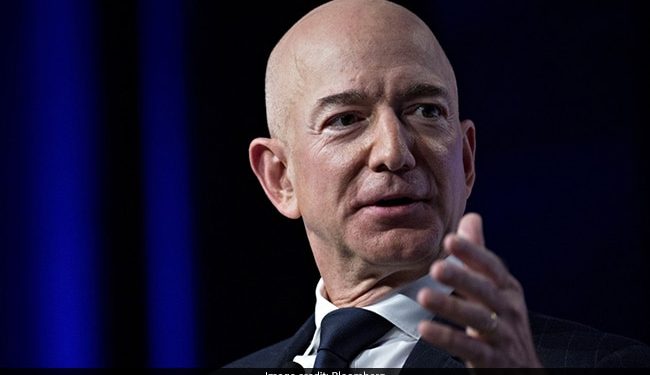 Amazon founder and billionaire Jeff Bezos recently warned consumers and businesses that they should consider postponing major purchases during the holiday season as an economic recession looms ahead.

Speak against NewsMadura, the business tycoon advised consumers to keep their money safe and avoid unnecessary spending in the coming months. He advised American families to avoid purchasing expensive items such as new cars and TVs as the United States stared into a recession.

“Take some risk off the table,” Mr. Bezos advised people, adding, “Keep some dry powder on hand… A little bit of risk mitigation could make all the difference to that small business, if we get even more involved with serious economic problems. You have to play with the odds a bit.”

He went on to say: “If you are a private person considering buying a big screen TV, you may want to wait, hold onto your money and see what happens. The same goes for a new car, fridge or whatever. Just remove some risk out of the equation.”

Mr Bezos also continued that the “economy doesn’t look good right now”. “It’s slowing down. You see layoffs in many sectors of the economy,” he told the outlet.

Separately, in the same interview, the Amazon founder said he will donate most of his $124 billion net worth to charities to fight climate change and support people who can unite humanity in the midst of growing social and political divisions. Bezos has not indicated how much of his wealth he plans to give away. However, when asked if he will donate a large portion of his wealth to charity during his lifetime, he replied “Yes, I will”.

Cow walks free in the ICU of Madhya Pradesh Hospital

Law Minister present, big remark from the Chief Justice on the Collegium system