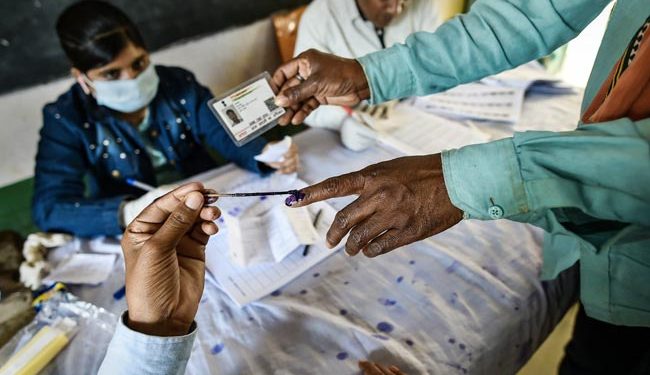 The day for the electorate to decide the political fate of leaders of all parties in Himachal Pradesh has arrived and polls for the parliamentary elections will start at 8 am on Saturday.

The high-tension political campaigns came to an end on November 10, setting the stage for voters to cast their votes to elect the new government. Voting lasts until 5 p.m. today. The votes will be counted on December 8.

The vote will take place in all of the state’s 68 Assembly seats, the majority of which (44) came in the BJP bag in the 2017 Assembly polls, which limited Congress to just 21 seats.

Voters must have their Elector Photo Identity Card (EPIC) with them and show it at the voting booth. In addition to their voter cards, they are also allowed to carry one proof of identity with them.

The state, which has seen power alternate between the BJP and Congress in recent elections, will go to the polls on Saturday. While the BJP has expressed confidence to come back to power based on the performance of state and central governments and its vision of the state, Congress hopes some of its election promises will have great appeal among the electorate.

Major constituencies include Seraj from where Himachal Pradesh Chief Minister Jai Ram Thakur is fighting again. Congress has placed Chetram Thakur, who had also fought from the seat last time. Mahinder Rana is the CPI-M candidate.
Mukesh Agnihotri, party leader of the Congress legislature, is contesting his fifth election from the Haroli assembly segment in Una district. BJP has turned state spokesman Ram Kumar against him.
Former head of Himachal Pradesh Congress, Sukhwinder Singh Sukhu, who is seen as a prime ministerial aspirant, is fighting from Nadaun. The BJP has dealt with Vijay Agnihotri.

Former Himachal Minister and Congress Leader Asha Kumari is fighting from Dalhousie. She is up against BJP’s DS Thakur and AAP’s Manish Sareen.

In Shimla Urban, congress’ Harish Janartha takes on BJP’s ‘chaiwala’ candidate Sanjay Sood. AAP’s Chaman Rakesh Ajta and CPI-M’s Tikender Singh Pawar are also in the fray.
In Nurpur, BJP has drafted a new candidate Ranveer Singh who is fighting against Ajay Mahajan of Congress and Manishi Kumari of AAP.

Congress has drafted incumbent MLA Rohit Thakur in Jubbal Kotkhai. He is fighting Chetan Singh Bragta of the BJP. CPI-M has appointed Vishal Shangta and Shrikant Chauhan is an AAP candidate.

In addition, 50,000 government employees have been appointed as polling stations. As many as 25,000 police officers are also stationed across the country.