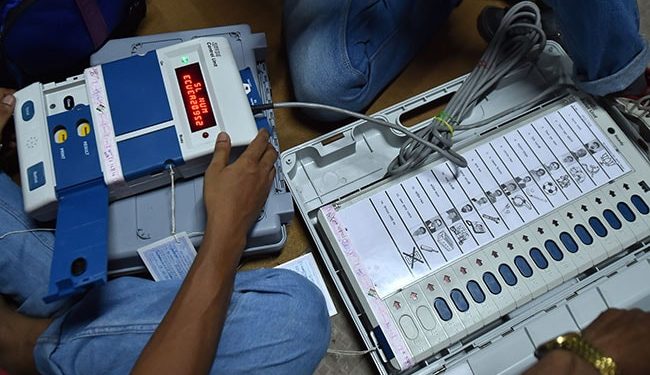 Congress on Saturday filed a complaint with the Election Commission against transporting EVMs in private vehicles, which violates the rules.

In a complaint to the Chief Election Officer, Himachal, the Legal and Human Rights Department of the state congress said the EVM machines were transported to their stations (strong rooms) in unauthorized private vehicles.

Pranay Pratap Singh called it an “extremely unfortunate incident” in his Vidhan Sabha constituency, Rampur, chairman of the Congress Judicial Cell, said that according to protocol, the vehicles hired to transport such machines to the vault must be prepaid. advanced by the Elections Commission or the Returning Officers.

“But in the present case, the machines were transferred in a private vehicle without the prior consent or demand of the returning officer or the Election Commission,” Mr Singh said of the car in question.

“You are most humbly requested to take cognizance of the said matter as soon as possible, as if the ruling BJP party will ridicule the elections and curtail not only the fundamental rights of the citizens, but also the independent powers and functions of the Election Commission of India,” the Congress complaint said to the CEO.

“Necessary action regarding the violations of the Model Code of Conduct must be taken immediately and a criminal complaint against the violators will be filed at the earliest,” the indictment said.

Earlier, Himachal Congress claimed in another complaint that the BJP had distributed a “fake letterhead” in the name of Rajeev Shukla, AICC in charge of Himachal, with a motive to influence voting patterns in favor of the BJP candidates .

The party in its complaint said that Mr Shukla never wrote or signed such a letter.

“This letter is spreading the frustration level of the BJP. This forged letter is nothing but a feeble attempt to harm Congress, but the BJP is not aware that the people of Himachal Pradesh are wise and intelligent enough to realize their malicious intentions understand,” the indictment said. , seeking strict action and registration of an FIR against the BJP.