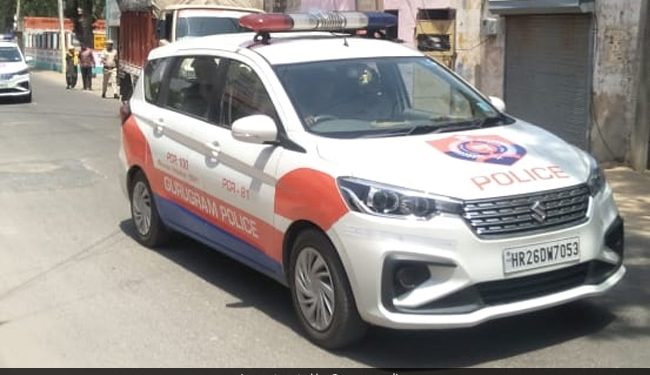 FIR has been registered against the unidentified suspect.

An assistant sub-inspector of Gurugram’s traffic police was seriously injured after being dragged nearly 50 meters and run over by an SUV whose driver he signaled to stop while checking vehicles, officials said Saturday.

The ASI is in critical condition and also suffered a broken leg in the incident that happened Friday afternoon in Ambedkar Chowk, Sector 52, they said.

ASI Harpreet (35) checked vehicles on Friday, together with a house guard and an agent. At about 4:30 p.m., he spotted an SUV with tinted windows and motioned for the driver to stop, police said.

Instead, the SUV driver drove off, dragging Harpreet about 50 yards. After he fell, the suspect ran over him and fled the scene. The ASI was rushed to a hospital, they said.

Following a complaint from Constable Sombeer, an FIR has been registered against the unidentified suspect at Sector 53 police station and efforts are being made to locate him, she added.

“We have identified the vehicle using CCTV footage and are trying to identify the owner by the license plate number. We will quickly catch the accused,” said Inspector Amit Kumar, an officer of the Sector 53 Police Department.

13 Injured As Bus Falls Into Gorge In UP’s Banda

At least 8 dead, more than 20 injured in Baghdad explosion: report

At least 8 dead, more than 20 injured in Baghdad explosion: report