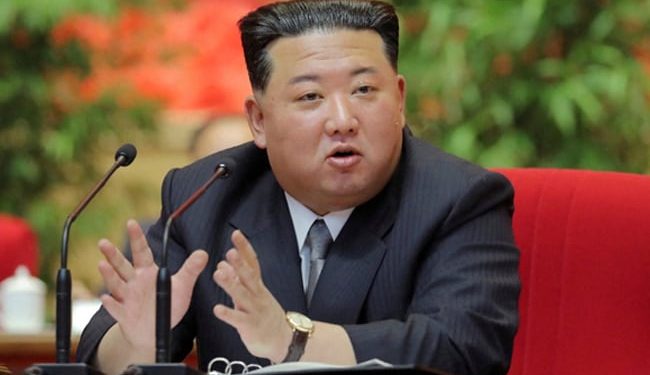 North Korea ignored rumors of arms sales to Russia and said the US is trying to tarnish the DPRK’s image.

North Korea said on Tuesday that claims by the United States that Pyongyang is supplying artillery ammunition to Moscow for its war in Ukraine were unfounded, state media KCNA reported.

The reprimand comes amid heightened tensions in the Korean peninsula after a spate of North Korean weapons tests — including an intercontinental ballistic missile — last week as the United States and South Korea conducted their largest-ever air force exercise.

The United States and South Korea have warned that the North’s repeated recent missile launches could culminate in a nuclear test.

“The US has been constantly spreading an unfounded ‘rumor about arms trade’ between the DPRK and Russia lately,” North Korea’s deputy director of military foreign affairs at the Ministry of National Defense said in a statement, according to KCNA.

The statement said North Korea sees the “rumor” as part of the “hostile attempt by the United States to tarnish the DPRK’s image in the international arena,” using an acronym for North Korea’s official name. .

“We make it clear once again that we have never had ‘arms transactions’ with Russia, nor do we intend to do so in the future,” the statement added.

Kirby had said US officials did not know whether Russia actually received the ammunition, but were trying to check the shipments.

US information shows that North Korea is “covertly supplying the Russian war in Ukraine with a significant number of artillery shells, while obscuring the real destination of the arms deliveries by trying to make it appear as if they were going to countries in the Middle East or North America.” Africa,” Kirby told reporters on Wednesday.

He said the United States believes the “significant” number of shells shipped is enough to help Russia prolong the war — which began with Moscow’s invasion of its former Soviet neighbor in February — but not enough to give it an advantage. against the Ukrainian troops. supplied by the United States and NATO allies.

In September, Pyongyang denied a White House claim that it planned to supply ammunition to help the Russian military replenish its supplies, which have been severely depleted by the now eight-month-old war.

Kirby said the shipments were “a sign of Russia’s own shortages and needs for defense supplies” as they face international sanctions that limit their resupply capabilities, which he says is also why Iran has sent drone supplies.

Kirby would not say how or via which routes the North Korean munitions travel.

He said the US would consult allies and partners, especially at the United Nations, on what measures could be taken.

North Korea’s military has confirmed that the latest ballistic missile tests were in response to Washington and Seoul’s so-called Vigilant Storm operation.