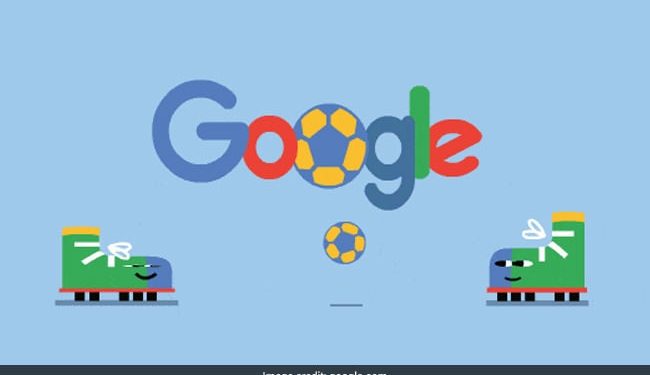 Google marked the start of one of the biggest sporting events in the world, FIFA World Cup 2022 in Qatar, on Sunday with an animated doodle. The colorful doodle shows animated boots kicking a soccer ball. Clicking on the doodle will take the user to the World Cup Qatar 2022 page, which contains all the details of the mega sport event.

The doodle also includes an online game for people who want to get started themselves. Users must Google “World Cup Qatar 2022” on their mobile devices to compete with fans in the online multiplayer game. People around the world can team up to help their favorite team score the most goals. Once a real match is set in the World Cup schedule, it will appear in the game menu, theGoogleDoodle page says.

The user must then choose the game and team they want to support and team up with other fans to score the most virtual goal. When the final buzzer sounds in the real-life match, the virtual game will also end and declare a winner.

Here are the steps to play the game:

1. Look for a match between the two countries.

2. On the search page you will see a blue sphere that you can click on,

3. A new window will appear where you can select your team.

4. After selection, the game starts and you just need to score a goal.

5. If your ball is caught, you lose the game.

The mega sports tournament takes place every four years and attracts football fans from all over the world. This is the first World Cup to be held in the Middle East. Over the next month, players from the national teams of 32 countries will compete in a series of elimination matches, culminating on December 18 when one national team is crowned 2022 World Cup champions.

In the first game at the Al Bayt stadium in Al Khor, the Ecuadorian team will face the host team, Qatar. Before Qatar’s opening match against Ecuador, the opening ceremony of the Qatar World Cup will take place at Al Bayt Stadium.

Shilpa Shetty was spotted in town looking like this