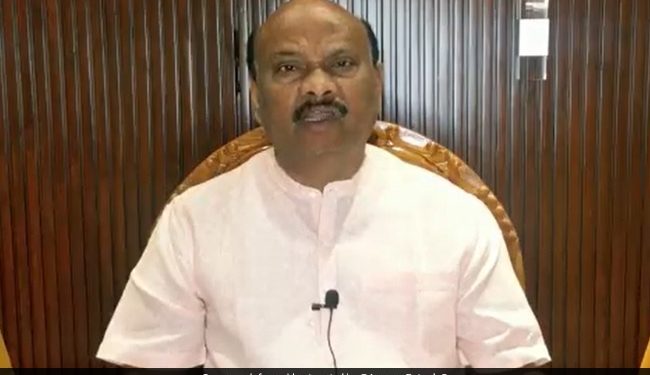 The arrested TDP leader and his son will later be brought before a court in Eluru.

Former Andhra Pradesh minister and Telugu Desam party leader Ayyanna Patrudu and his son Rajesh were arrested early in the morning at their residence on Thursday for allegedly falsifying documents in the Supreme Court regarding the construction of a wall in their home. .

The two leaders were arrested earlier today by the Crime Investigation Department (CID) police and moved to the Eluru district.

It is reported that the CID registered a case following the complaint of the irrigation officials that they had submitted a forged certificate to the Supreme Court during the demolition of the house wall. It was alleged that the duo occupied Ravanapalli’s irrigation canal and built the house.

Ayyanna’s wife Padmavati criticized the government for the arrest of Ayyanna Patrudu and Rajesh without prior information.

She demanded that the government take full responsibility for Ayyanna Patrudu’s life.

The arrested TDP leader and his son will later be brought before a court in Eluru.

TDP chief N Chandrababu Naidu, took to Twitter and shared the video of Ayyanna’s arrest and condemned the arrest, calling it an attempt to “suppress” the voice of the backward class leaders.

“The arrest of former minister and leader of the BC Aiyanna Patrudi in Narsipatnam after she jumped walls and broke doors has caused consternation,” Naidu tweeted in Telugu, roughly translated into English.

He claimed that the Reddy administration has been haunting Ayanna’s family since it came to power.

“The government has been chasing Ayanna’s family since she came to power…more than 10 cases have already been filed. In the case of Chintakayala Vijay, the police did not change, even though the investigation procedures were wrong,” tweeted he.

“Have there ever been situations in the state where the police raided houses like thieves and made arrests? Ayanna’s arrest is to suppress the voice of BC leaders who question the exploitation of Uttarandhra by YCP,” added Mr Naidu .

Gujarat bridge collapses, no ‘will of God’