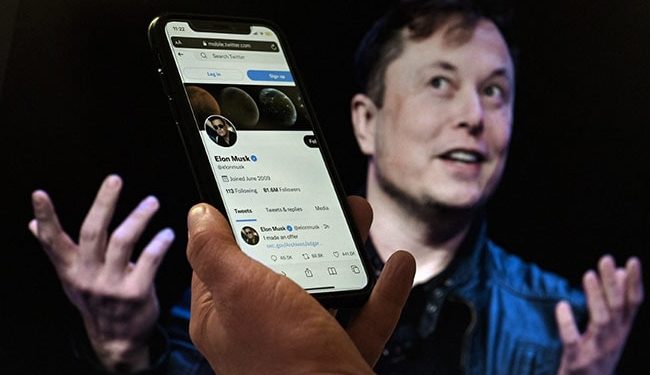 Elon Musk told Twitter employees during a phone call that he could not rule out social media bankruptcy.

Twitter’s new owner Elon Musk on Thursday raised the possibility that the social media platform could go bankrupt, ending a chaotic day with a warning from a US regulator and the departure of senior executives believed to be future leaders.

The billionaire told Twitter employees during a phone call that he couldn’t rule out bankruptcy, Bloomberg News reported, two weeks after buying it for $44 billion — a deal that credit experts say has put Twitter’s finances in a precarious position.

Two executives — Yoel Roth and Robin Wheeler — who moderated a Twitter Spaces chat with Musk on Wednesday as he tried to allay advertisers’ concerns have resigned, a person close to the matter told Reuters.

Roth and Wheeler did not immediately respond to requests for comment. Bloomberg and tech site Platformer were the first to report the exits.

Chief Privacy Officer Damien Kieran and Chief Compliance Officer Marianne Fogarty have also resigned, according to an internal message posted Thursday on Twitter’s Slack messaging system by a lawyer on the privacy team and seen by Reuters.

The US Federal Trade Commission said it monitored Twitter with “deep concern” after these three privacy and compliance officers left. These layoffs may put Twitter at risk for violating regulatory orders.

In his first meeting with all employees on Twitter on Thursday afternoon, Musk warned the company could lose billions of dollars next year, the Information reported.

Twitter did not respond to requests for comment on a possible bankruptcy, the FTC warning or the departure.

Wheeler was the face of Twitter for advertising after Musk took over. Roth, chief of security and integrity at Twitter, has said that Twitter had reduced the appearance of malicious content in search results by 95% compared to before the Musk acquisition.

Musk, who relentlessly moved to a clean house after taking over Twitter for $44 billion on Oct. 27, has said the company was losing more than $4 million a day, largely because advertisers started fleeing when he took over.

Musk has saddled Twitter with $13 billion in debt, over the next 12 months to pay interest payments totaling nearly $1.2 billion. The payments surpass Twitter’s most recently disclosed cash flow, which was $1.1 billion at the end of June.

“We are following recent developments at Twitter with great concern,” Douglas Farrar, the FTC’s director of public affairs, told Reuters.

“No CEO or company is above the law, and companies must follow our consent decrees. Our revised consent decree gives us new tools to ensure compliance, and we are willing to use them,” Farrar said.

In May, Twitter agreed to pay $150 million to settle allegations by the FTC that it misused private information, such as phone numbers, to target ads to users after telling them the information was collected for security reasons only.

In the internal note quoted above, the attorney mentioned that he heard Twitter’s legal chief Alex Spiro say Musk was willing to take a “huge amount of risk” with Twitter. “Elon is shooting missiles into space, he is not afraid of the FTC,” the attorney quoted Spiro as saying.

The Twitter takeover has raised concerns that Musk, who has often plunged into political debate, could face pressure from countries trying to control speech online.

It prompted US President Joe Biden on Wednesday to say Musk’s “cooperation and/or technical relationships with other countries are worth looking at.”

Speaking on Twitter’s Spaces feature, Musk told advertisers on Wednesday that he planned to turn the platform into a force for truth and stop fake accounts.

His guarantees may not be enough.

Chipotle Mexican Grill said Thursday it had withdrawn its paid and proprietary content on Twitter “as we gain a better understanding of the direction of the platform under his new leadership.”

It joined other brands, including General Motors, which have paused advertising on Twitter since Musk took over, fearing he would relax content moderation rules.

Musk sent his first email to Twitter employees on Thursday, saying that remote working would no longer be allowed and that they would be expected to be in the office at least 40 hours a week, according to Bloomberg News.

“Why not arrest Jacqueline Fernandez… Why choose and choose?” Court asks

“Government system is not helpful to our country”: CPI amid row in Kerala