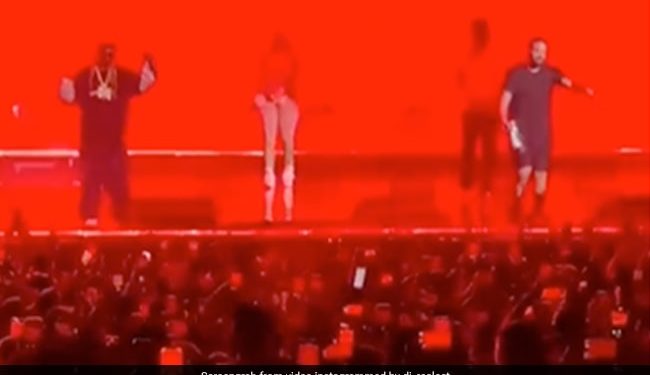 The video has been viewed more than 2 million times

Posted to Instagram by user Chirag Gandhi, the video’s caption reads: “Drake and Lil Wayne show respect for Lata Mangeshkar, history in the making for the desis community.”

The video shows Drake and Lil Wayne mixing their songs with the Didi Tera Devar Deewana which is depicted on actor Salman Khan and Madhuri Dixit. Although the remix has received a mixed response from the netizens.

The video has more than 2 million views on Instagram and various reactions. One user wrote: “I bet they don’t know about her, but they found her music sample and used it.” Another user wrote: “Drake just screwed up the song.” The third comment read, “so great that we’re getting worldwide recognition.”

The song Didi Tera Devar Deewana was sung by Lata Mangeshkar and SP Balasubrahmanyam and was written by Dev Kohli.

9 Indians killed in fire in the Maldives: report

9 Indians killed in fire in the Maldives: report