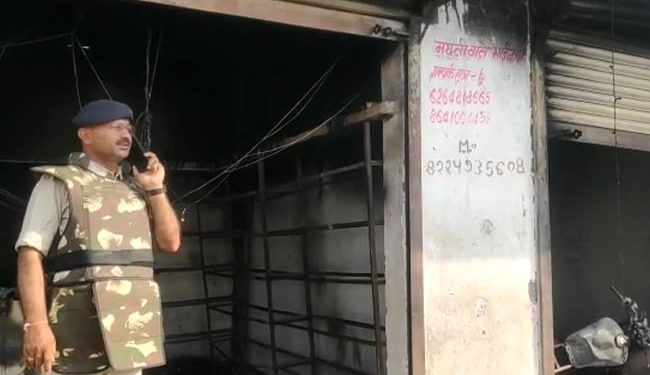 The incident took place around 6:30 a.m. in the village of Devran below the border of Dehat Police Station. (File)

A 32-year-old Dalit man and his parents were shot and killed in Madhya Pradesh’s Damoh district on Tuesday after he was accused of staring at the wife of one of the attackers, police said.

The two younger brothers of the 32-year-old victim were injured in the attack, while the main suspect has been arrested, officials said.

The incident took place around 6:30 a.m. in Devran village below the limit of Dehat Police Station, about 20 km from Damoh district headquarters, said Chief Inspector of Police DR Teniwar.

Six accused, who belonged to the same village, allegedly shot and killed the 60-year-old Dalit man, his 58-year-old wife and their 32-year-old son.

The elderly couple’s two other sons, aged 28 and 30, were injured in the attack and are being treated at the district hospital, the official said.

Inspector General of Sagar Zone Anurag told reporters after visiting the village that there had been a dispute after the couple’s eldest son, who was killed in the attack, was accused of frequenting the main defendant’s wife, Jagdish. Patel, stare.

Patel was arrested after the murders, the IG added.

A case was registered against Patel and five others on charges of murder under the Indian Penal Code and provisions of the Scheduled Castes and Tribes (Atrocity Prevention) Act, SP Teniwar said.

A search was underway for the five suspects who are on the run, he added.

Division Commissioner Mukesh Shukla, who also visited the village, instructed the District Collector to take action against encroachments on government lands by the accused and his family.

The head of the State Congress, Kamal Nath, demanded a high-level investigation into the murder of three members of the Dalit family. The government must ensure the safety of the family and provide all possible assistance, he added.