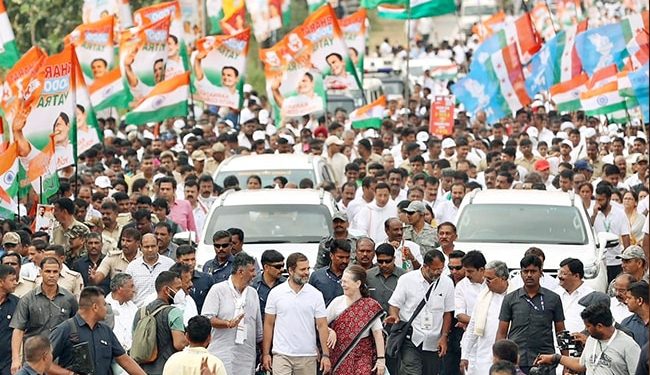 Rahul Gandhi will not be present at the start of the march, party sources said. (File)

In an effort to revive its political fortunes in Assam and set the tone for the 2024 state polls, Congress in Assam today announced the Assam edition of the Bharat Jodo Yatra, in line with the key nationwide march that party leader Rahul Gandhi has begun.

The Assam Pradesh Congress Committee (APCC) is organizing this march as a mass liaison mission of the party, from Dhubri in lower Assam to Sadiya in upper Assam, aiming to cover 834 km across the state.

The Assam march begins Tuesday, led by APCC President Bhupen Kumar Borah, and plans to cover 834 km across the state in 70 days. The Yatra will start from Golakganj in Dhubri district, located along the Assam-West Bengal border, to Sadiya district along the Assam-Arunachal Pradesh border.

In addition to all the top state leaders of Congress, several central leaders will also come for the Assam version of the Yatra. However, Rahul Gandhi will not be there, party sources said.

Troubled by a series of party leaders’ desertions to the BJP, Congress hopes this Yatra will give a much-needed boost to the party in the state ahead of the Lok Sabha polls and Panchayat elections, to be held next year.