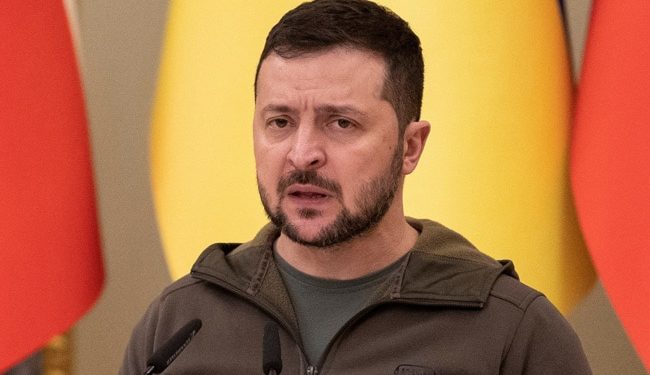 Zelensky’s video message was played at the COP27 climate conference in Egypt. (File)

Russia’s invasion of Ukraine has distracted world governments from efforts to fight climate change, Ukrainian President Volodymyr Zelenskiy said in a video message played at the COP27 climate conference in Egypt on Tuesday.

“There can be no effective climate policy without peace,” he said, pointing to the impact of Russia’s invasion of Ukraine on global energy supplies, food prices and Ukraine’s forests.

“This Russian war has created an energy crisis that has forced dozens of countries to resume coal-fired electricity generation in order to lower energy prices for their people…to cut prices that are rising shockingly as a result of deliberate Russian actions.”

“(It) brought an acute food crisis into the world, which hit hardest those suffering from the existing manifestations of climate change…the Russian war destroyed 5 million hectares of forests in Ukraine in less than six months,” Zelenskiy said.

Ukraine will host an exhibition space for the first time this year at a UN climate conference in Sharm el-Sheikh, Egypt. But unlike the other booths at COP27 which are decorated with colorful logos, flags and greenery, Ukraine stood out for its gloom — covered in grave gray to symbolize the war at home.

In his video appearance, Zelenskiy wore a signature green T-shirt and looked at the video camera from behind a desk. He criticized world leaders for paying lip service to climate change without bringing about real change. He did not name individual states.

“There are still many for whom climate change is just rhetoric or marketing…but not real action,” he said.

“They are the ones hindering the implementation of climate goals, they are the ones in their offices who make fun of those who are fighting to save life on the planet, even though they seem to publicly support the work for the sake of nature.”

“They are the ones who start wars of aggression when the planet cannot afford a single shot because global concerted action is needed.”

Members of the Ukrainian delegation to COP27 said they hoped their presence would draw global attention to the climate and environmental impact of the Russian invasion in February.

“It is important to show the situation in Ukraine,” said Svitlana Grynchuk, the country’s deputy environment minister. “We are also trying to think about… our carbon neutral and environmentally friendly future.”

Describing renewable energy projects destroyed in the fighting between Ukrainian and Russian forces, Grynchuk offered a hopeful note about things to come: “We have many plans for rebuilding our country. It will be greener.”

The CEO of Ukraine’s largest private electricity producer DTEK said at COP27 on Tuesday that half of his company’s green energy capacity is now in Russian-occupied territories.

Overall, the country has lost “about 90% of its wind capacity, which is on occupied territory, and about 30% of its solar energy” in the fighting, Maxim Timchenko said.

He expressed concern about the approaching cold season, saying: “It will be one of the hardest winters in Ukraine’s history. We have to be realistic.”

He said DTEK had “quickly” repaired and reconnected a power plant damaged during the fighting. “We are making all the preparations so that we will survive.”

DTEK is a partial sponsor of the Ukrainian Exhibition Center at COP27, where the decorations include a tree trunk that delegates say was damaged by shrapnel in the city of Irpyn.

At the entrance to the exhibition, dozens of Ukrainian soil samples were displayed, which were intended to represent the potential of the country’s fertile land.

Julia Guziy, of the Ukrainian non-profit Ecoclub, said she took a bus and multiple flights to get to COP27 in the Red Sea resort of Sharm el-Sheikh.

“It took us two days because we have no flights from Ukraine,” she said.

Her group hoped to raise money for solar power plants in six Ukrainian hospitals, she said.

Watch: Sachin Tendulkar has an “interesting morning” with fishermen in Goa