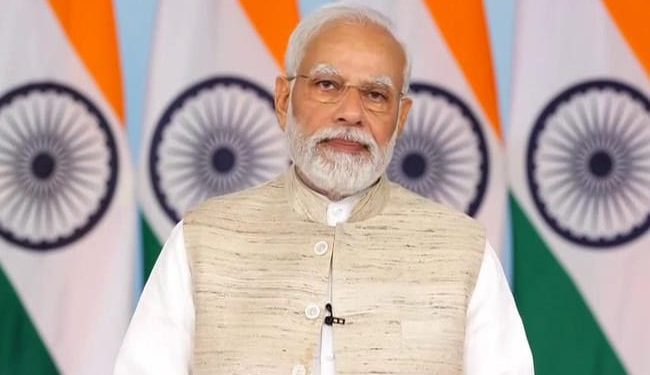 The Prime Minister said the number of government jobs for youth will increase. (File)

In a video message at a ‘Rozgar Mela’ (job fair) organized here by the Gujarat government, he also said that the number of government jobs for youth will increase.

“On the auspicious day of Dhanteras, we held a Rozgar Mela nationally where we distributed appointment letters to 75,000 candidates,” Prime Minister Modi said in his speech.

Such Melas will be organized at the national and state levels in the coming months, he said.

“The central government is working to provide ten lakh jobs, and the Union states and territories are also associated with the campaign. The number of government jobs given to youth will increase significantly,” he said.

“Your appointment will greatly enhance campaigns for last-mile delivery and saturation of government scheme coverage,” he told the new recruits.

Prime Minister Modi praised Gujarat’s new industrial policy for job creation and praised reforms such as the abolition of an application process for Class 3 and 4 government posts.

“Our goal is to make India a developed country by 2047. The next 25 years are very critical for the country. We need a lot of development and you have to fulfill your duty to society and the country,” he said.

He was told that by 2022 the government of Gujarat has nearly reached its goal of creating 35,000 government jobs in a year, the prime minister said.