Borrower cannot claim extension under a one-time arrangement as a right: court 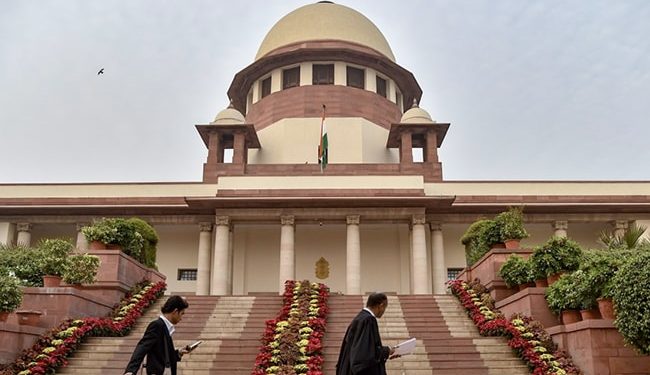 The Supreme Court noted that the bank sent an OTS offer to the borrower, who accepted it.

The Supreme Court has said that a borrower cannot claim further extension of the term as a right to payment under the One-Time Settlement (OTS) scheme.

The court said the borrower must prove some right in its favor to claim the extension as a right.

A bench of judges MR Shah and Krishna Murari overturned the March Punjab and Haryana High Court verdict that gave a borrower, a company, six weeks to pay the balance with interest to the State Bank of India according to to the sanctioned letter from OTS.

The Supreme Court noted that rearranging the payment under the OTS scheme and granting an extension would amount to “rewriting the contract”, which is not allowed in the exercise of the powers under Article 226 of the Constitution.

The amendment of the contract can only be done by mutual consent under Section 62 of the Indian Contract Act, it said.

Article 226 of the Constitution deals with the power of high courts to issue certain subpoenas.

“The borrower cannot claim that even though he has not made the payment according to the approved OTS schedule, he will still be granted further extension as a matter of entitlement. No negative discrimination can be claimed,” the bank said.

The court ruled on an appeal filed by the SBI against the Supreme Court’s ruling.

It noted that the bank had approved a cash credit in favor of the borrower.

Later, in September 2017, the bank came up with an OTS scheme that specifically provided for payments as arranged under the scheme within six months of the date of the sanction, otherwise barren.

The Supreme Court noted that the bank sent an OTS offer to the borrower, who accepted it.

According to the sanctioned OTS, the borrower was required to deposit 25 percent of the amount by December 21, 2017, and the balance with interest was to be deposited within six months of the date of the letter.

The borrower requested an eight-to-nine-month extension for repayment of the balance of Rs 2.52 crore, which the bank refused and ordered the payment to be made by May 21, 2018.

The borrower then went to the Supreme Court to request eight to nine months to pay the outstanding amount after May 21, 2018.

In its ruling, the Supreme Court noted that the bank had introduced other OTS schemes and offered the borrower to settle the account, but the company chose not to.

It said the question for the court’s consideration is whether, given the facts and circumstances of the case, the Supreme Court was justified in extending the deadline to make the payment of the balance amount under the sanctioned OTS scheme, while the powers under Article 226 were exercised.

The bank said in the sanctioned letter dated November 21, 2017, it had specifically stipulated that full payment be made by May 21, 2018.

“It is a recognized view that the borrower failed to make the payment due and payable under the sanctioned OTS scheme on or before the date stated in the sanctioned letter,” it said.