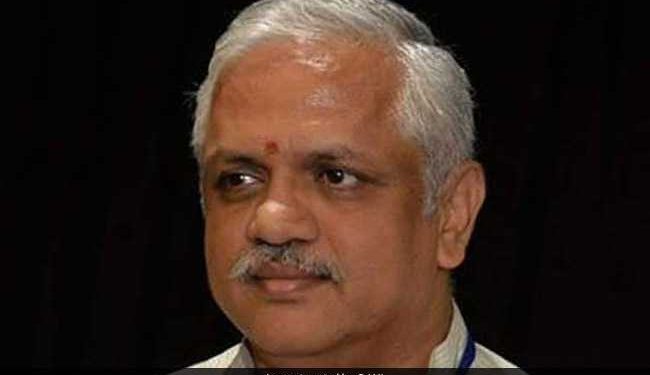 BL Santhosh is not allowed to travel abroad without prior approval from the research team.

The Telangana High Court on Saturday rejected a plea by the BJP to suspend notifications to party secretary BL Santhosh by the Special Investigation Team (SIT) investigating the alleged attempt to extort TRS MLAs.

Hearing a petition filed by the BJP in Telangana for suspension of the SIT’s notification under Section 41A of CrPC to Santhosh, the court said that the BJP leader will cooperate with the SIT authorities while indicating that he should not be arrested until further orders.

The SIT investigating the alleged attempt to extort TRS MLAs has summoned Mr Santhosh to appear before him for questioning on 21 November.

In his message to Mr. Santhosh, who served at the BJP headquarters in Karnataka at Malleswaram in Bengaluru, the investigating officer B Gangadhar warned the BJP leader that failure to appear before the SIT for questioning could also lead to his arrest.

The BJP general secretary could not be reached for comment.

“In the course of the investigation it has become apparent that there are reasonable grounds for questioning you to establish facts and circumstances of yours, in relation to the current investigation,” the police officer said in his Nov. 16 message.

The National General Secretary (Organization) of the BJP has been ordered not to commit any offenses in the future and not to tamper with the evidence nor to threaten, incite or promise anyone who knows about the matter.

Mr Santhosh is also prohibited from traveling abroad without prior approval from the SIT.

According to the FIR copy, Rohith Reddy claimed that the accused offered him Rs 100 crore and in return the legislator had to leave the TRS and run as a BJP candidate in the next parliamentary elections.