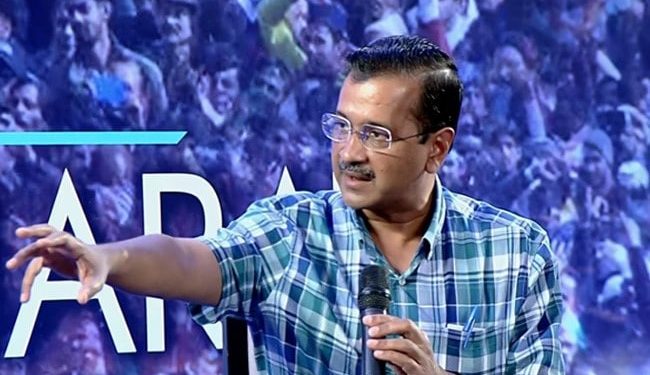 Congress is like the wife of the BJP, he said, adding that both “play ILU-ILU (I love you – I love you).

Delhi Chief Minister and Aam Aadmi party chief Arvind Kejriwal today accused the BJP and Congress of conspiracy in Gujarat against his party. Congress is like the wife of the BJP, he said, adding that both “play ILU-ILU (I love you – I love you).

“BJP and Congress have a husband-wife/brother-sister relationship. I heard an interview yesterday by Amit Shah where he also says that the contest is only between BJP and Congress and Congress is playing with that story too… BJP’s wife … they are completely in BJP’s pocket,” said Arvind Kejriwal.

Claiming that the people of Gujarat are tired after 27 years of BJP rule in the state, he said they are looking for change.

Kejriwal also accused the BJP of threatening all TV channels in Gujarat not to invite AAP leaders to their debate shows.

“You will even see debates about Manish Sisodia, but no AAP representation. Only BJP and Congress…this husband-wife/sibling relationship that they share is now out in the open,” he added.

AAP’s Chief Minister candidate for Gujarat, Isudan Gadhvi, also claimed that all congressional candidates are in contact with the BJP.

“The BJP has told them to fight the election with a congress ticket, but will be funded by the BJP. If they win, they can cross over after the election results. While in Congress, they have to compete to defeat AAP candidates or take away their voices,” said Gadhvi.

The congressional candidates have been told to get at least 22 seats, while the BJP thinks they will only get 70 seats, Isudhan Gadhvi claimed.

In agreement with Mr Gadhvi, Arvind Kejriwal emphasized that in fact there is no congress and that the BJP is funding their own candidates as well as the congressional candidates.

“The fight is AAP vs BJP Congress combined,” he said.

Borrower cannot claim extension under a one-time arrangement as a right: court