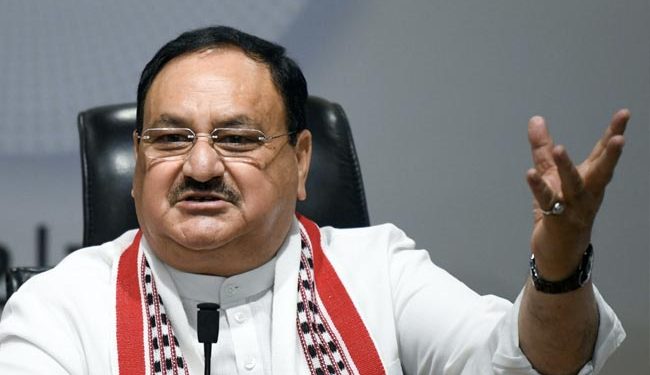 With less than two weeks left until the Municipal Corporation of Delhi elections, Mr Nadda chaired a review meeting of party leaders on Monday where party MLAs and MPs were convened.

Mr Nadda came equipped with reports on the work of the party’s public representatives in their respective constituencies.

According to sources, important decisions were taken during the review meeting, the main agenda of which was for the BJP to take the helm of the MCD for the fourth time.

A source told ANI that Mr Nadda also asked party leaders to contact the general public and spread the word about Prime Minister Narendra Modi handing over the keys of 3,024 apartments to people from economically weaker sections (EWS), under ” In-Situ Slum Rehabilitation Project’.

“Developments like this should be conveyed to the public so that the people of Delhi are aware of the achievements of the BJP and Prime Minister Narendra Modi,” sources quoted Mr Nadda as saying.

“JP Nadda also rebuked senior party leaders like Vijendra Gupta for failing to reach the masses. The party was set to release its manifesto for the civil council elections on November 24-25,” said a source.

Mr. Nadda, in particular, delivered a strong message that nothing is more important than party organization. “Unity is very important to strengthen the organization,” a source quoted Nadda.

Shortly after the review meeting, the BJP suspended 11 rebel MCD candidates from the party’s primary membership for six years. They included Lavlesh Sharma, who entered as an independent candidate from ward 250, Reenu Jain from ward 200, Rajkumar Khurana from ward 91 and Dharamveer Singh from ward 174.

According to a BJP source, these 11 candidates are among 30-35 members that the high command has decided to expel.

The party will hold a ‘Maha Graha Sampark Abhiyan’ on November 27, where 10 to 15 senior party leaders will hold ‘Jan Sampark’ PR campaigns in many districts. The party’s MPs and MLAs have also been ordered to undertake ‘Padyatras’ in their respective constituencies.

On camera, unarmed security guard in US tackles man with assault rifle