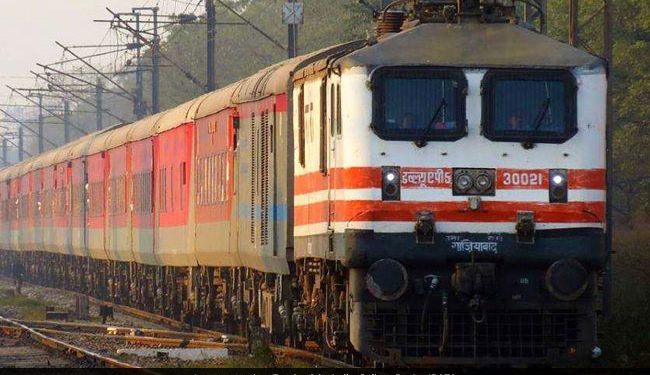 According to officials, an argument broke out between Bore and Sonu over the ticket. (representative)

An army man lost his leg and is in critical condition after a TTE allegedly pushed him under a moving train on Thursday following an altercation here, officials said.

Victim Sonu is said to have been pushed off the Dibrugarh-New Delhi Rajdhani Express onto platform number 2 of Bareilly Junction railway station in the morning, they said.

Traveling Ticket Examiner (TTE) Supan Bore has been charged with attempted murder. He has been in hiding since the incident, they said.

“We are looking at the CCTV footage,” said Sudhir Singh, Senior Finance Manager of Moradabad Division under the Northern Railways.

According to railway officials, an argument broke out between Bore and Sonu over the ticket.

In a fit of rage, Bore is said to have pushed the army man out and he fell under the train. “He was rushed to a military hospital. He has lost his leg and his condition remains critical,” an official said.

Station House Officer of the Government Railway Police, Ajit Pratap Singh, said: “TTE Bore has been booked under section 307 of the Indian Penal Code (attempted murder). He is in hiding and efforts are being made to arrest him .” Some fellow passengers reportedly beat up the TTE after the incident.