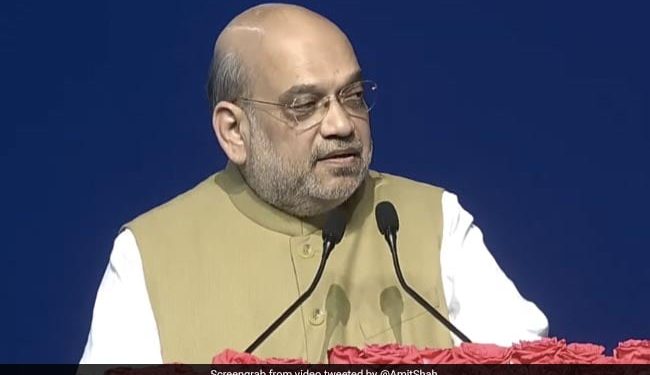 PM Modi will address the ‘Chintan Shivir’ via video conference on October 28.

The development of a cybercrime management ecosystem, the increase in the use of IT in the criminal justice system, women’s safety, coastal security and other internal security issues will be discussed during the two-day ‘Chintan Shivir’ of interior ministers in Surajkund in Haryana on October 27 and 28.

Union Home Minister Amit Shah will chair the ‘Chintan Shivir’ whose aim is to prepare an action plan for the implementation of ‘Vision 2047’ and ‘Panch Pran’ announced in Prime Minister Narendra’s speech Modi on Independence Day, an official statement said.

PM Modi will address the ‘Chintan Shivir’ via video conference on October 28.

Developing a cybercrime management ecosystem, modernizing police forces, increasing the use of information technology in the criminal justice system, land border management and coastal security and other internal security issues will be discussed at the event, the statement said.

The role of ‘Nari Shakti’ is important to achieve the goal of ‘Developed India by 2047’ and special emphasis will be placed on the safety of women and creating a safe environment for them.

The aim of the conference is also to facilitate national policy-making and better planning and coordination in these areas.

Various topics are discussed in the six sessions in the ‘Chintan Shivir’.

On the first day, things like house guards, civil defense, fire protection and enemy property are discussed. The next day, issues such as cybersecurity, drug trafficking, women’s security and border management are addressed, the statement said.

Protection of borders and development of border areas will be discussed under the themes of land border management and coastal security.

The purpose of the sessions is to encourage and ensure the participation of state governments on these issues.

Interior ministers of all states and lieutenant governors and administrators of Union Territories are invited to the ‘Chintan Shivir’.

Putin's "(Congratulations) Telegram Was Not Sent" To Rishi Sunak Because...