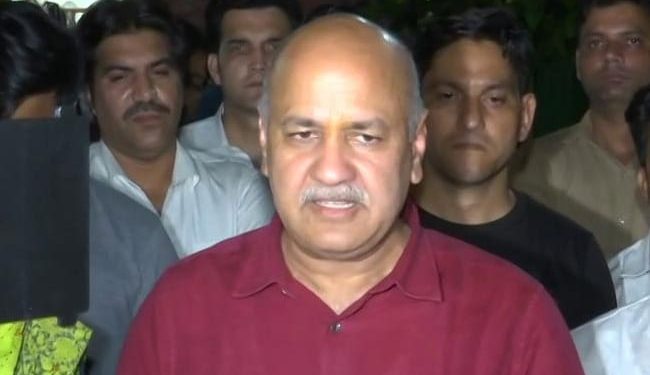 Manish Sisodia has demanded an investigation into the BJP .’s alleged ‘Operation Lotus’

Delhi’s deputy chief minister Manish Sisodia today attacked the BJP leadership for its alleged attempts to buy out MLAs from Telangana Chief Minister KCR’s party and demanded the arrest of the Union’s home affairs minister, Amit Shah, if he got involved.

The leader of the Aam Aadmi Party (AAP) claimed that the BJP had previously attempted poaching in Delhi, Punjab and eight other states. He said a “dirty game” played by the BJP has emerged again, this time in Telangana.

Referring to an audio clip depicting a conversation between three men who allegedly tried to bribe some TRS MLAs to switch to the BJP and allegedly referred to a “Shah ji”, Mr. Sisodia said: “If” Shah ji’ indeed Union Home Minister Amit Shah, then he should be arrested and interrogated, because if a broker is caught buying an MLA and the name of the country’s Home Minister is in it, then That’s very dangerous for the whole country.”

Last Wednesday, three men were detained in Telangana for allegedly trying to poach the MLAs of Chief Minister K Chandrashekar Rao’s TRS. The men walked free after a court rejected a police plea to get their custody.

The suspects were arrested from a farm near Hyderabad. Police said they were caught bribing four MLAs from TRS to switch to the BJP.

Referring to BJP’s alleged ‘Operation Lotus’ in Telangana, Mr Sisodia, addressing the media today, said: “On October 27, some of you had reported that there was a raid on Cyberabad and three pimps were caught with Rs 100 crore. There “There are also pictures of those touts. These brokers were caught running BJP’s Operation Lotus. These three brokers are Ramchandra Bharti, Simaiah and Nand Kumar.”

Referring to an audio recording of reported conversations between the three arrested men and some of TRS’s MLAs, Mr. Sisodia said: “On October 28, the audio of their entire conversation was off. These people, especially Bharti, tried to switch those MLAs transferred from TRS to BJP.”

In August of this year, Delhi Chief Minister Arvind Kejriwal and the AAP leadership accused the BJP of offering ₹20 crore to its MLAs to overthrow its government in Delhi. The allegations were refuted by the BJP.

Referring to the BJP’s alleged attempt to poach AAP’s Delhi MLAs, Mr Sisodia today quoted a second audio recording that he claimed some of the “touts” talked about the failed operation in Delhi.

A new audio has surfaced today. This is also a conversation between the MLAs of Telangana and the touts of Operation Lotus. In this audio, one of the touts reveals that they also tried it in Delhi. 43 AAP MLAs in Delhi switched to the BJP,” Sisodia claimed.

“The question is, have you settled Rs 1,075 crore to buy these MLAs. Whose money is this and where is it coming from?” he asked. Mr. Sisodia demanded an investigation into this entire episode and said the Enforcement Directorate (ED) should be called in to follow the money trail.

Referring to the audio clips, which are said to contain references to “BL” and “Shah ji,” Mr. Sisodia said one should know whether “Shah ji” is a reference to Home Secretary Amit Shah and “BL” is a reference is to BJP leader BL Santosh.

Delhi Metro Services will start at 4:00 AM on October 31 for 'Run For Unity'