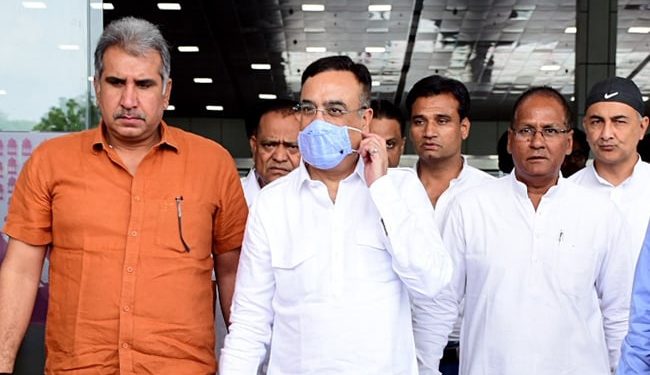 Ajay Maken has stepped down as the Congress leader in Rajasthan

Congress leader Ajay Maken has stepped down as the leader of the party in Rajasthan, sources say, suggesting he is angry at the turn of events in late September when Prime Minister Ashok Gehlot refused to relinquish the post at the last minute to end the election campaign. to challenge the president of Congress. election.

More than 90 MLAs loyal to Mr Gehlot had refused to attend an important party meeting, where Mr Gehlot’s replacement was to be chosen, and instead went to the chairman to submit their resignations in protest at the attempt by the congressional leadership to force Mr. Gehlot to relinquish power. Prime Minister’s post.

Maken expected the party to take action against the MLAs, but no such thing happened, contributing to his decision to step down as Rajasthan’s Congress leader, sources said.

During the crisis in September, Mr Maken had specifically sought action against three MLAs – Mahesh Joshi, Dharmendra Rathore and Shanti Dhariwal, who organized a parallel meeting of MLAs to pass a resolution that they would appoint only Mr Gehlot as Prime Minister accept.

“Terrorist state among you”: Ukraine’s Zelensky slams Russia at G20

"Terrorist state among you": Ukraine's Zelensky slams Russia at G20