Adopted child can get job from parents on compassionate grounds: Supreme Court 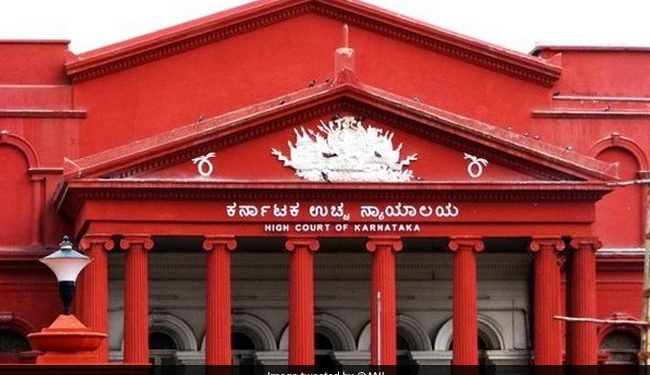 An adopted child has the same right as a biological child, the Supreme Court said. (File)

An adopted child has the same right as a biological child and should not be discriminated against while being eligible for his parents’ job on compassionate grounds, the Karnataka High Court said. The court said that if such a distinction were made “adoption would make no sense”.

The Division Bench of Justice Suraj Govindaraj and Justice G Basavaraja rejected the allegation made by the Public Prosecutor’s Office of the Government of Karnataka and said, “The distinction made between adopted son and a natural son by Respondent 2 and 4 (Prosecutor and Deputy Prosecutor of justice) or on the basis of the existing Rules would, in our considered opinion, have no impact or role in the case.”

The department had cited existing rules while denying an adopted son a job on compassionate grounds.

But the Court said in its recent judgment: “A son is a son or a daughter is a daughter, adopted or otherwise; if such a distinction is accepted, adoption is of no use. bearing in mind that the same would be contrary to Article 14 of the Constitution, the said rules have been amended to remove the artificial distinction.

Vinayak M Muttatti was a Class IV associate in the office of Assistant District Attorney, JMFC, Banahatti. He had adopted a son through a deed of adoption in 2011. Mr. Muttatti passed away in March 2018. In the same year, his adopted son Girish applied for a compassionate job search.

The representation was rejected by the ministry on the grounds that the appellant was an adopted son and the rules do not provide for an adopted son to be considered for a compassionate appointment.

Girish approached the Supreme Court against this rejection. In 2021, a single-judge chamber rejected his petition, arguing that the rules do not allow an adopted son to qualify for a compassionate appointment.

Girish subsequently appealed to the divisional bench. The rules have now been amended in April 2021, so that the distinction between a biological son and an adopted son has been removed.

Before the Division Bench, Girish’s counsel pointed out that the change made in 2021 had not been brought to the attention of the single judge. The government attorney argued that since the amendment was made in 2021 and Girish submitted his plea in 2018, the benefit of the subsequent amendment cannot be extended to him.

The Division Bench noted that the object of a compassionate appointment arises only because of financial difficulties and/or difficulties faced by the family due to the death of the deserving relative.

In the present case, “the deceased left behind his wife and son and adopted son and a daughter who is mentally and physically disabled.”

The Bench ruled in Girish’s favour, saying: “In this case, the daughter, who is a natural daughter, would have been entitled to a compassionate appointment had she not been mentally handicapped and also physically handicapped. In such a situation it is it is the adopted son so adopted by the deceased to care for the family due to the death of a born son who has applied for a compassionate appointment.

“We believe that the adopted son’s application for compassionate appointment is in good faith and should be considered against the background of the difficulties faced by the family,” the Supreme Court said, rejecting the ministry’s claim that the application should be assessed on the basis of the Rules applicable on the date the application was submitted.

The court instructed the ministry to consider the petitioner’s compassionate appointment declaration as “a natural born son without making any distinction between an adopted son and a natural son”.

“Such A Special Place”: Roger Federer delights fans with photos from Tokyo Trip

"Such A Special Place": Roger Federer delights fans with photos from Tokyo Trip