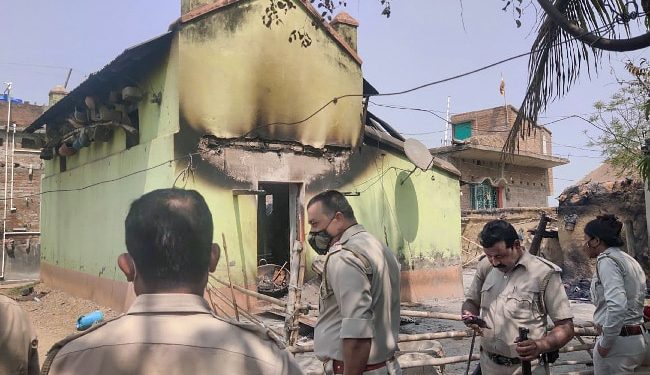 The eight suspects, who were not named in the FIR, were arrested on August 22.

The CBI has filed additional charges in a local court here against eight suspects in the Bogtui massacre in West Bengal’s Birbhum district, a senior official said on Monday.

The investigation agency had filed a complaint against 16 others on July 20.

Ten people had succumbed to burns after their homes in Bogtui were reportedly bombed by attackers in March, following the assassination of local TMC leader Bhadu Sheikh.

The eight suspects, who were not named in the FIR, were arrested on August 22.

Earlier this month, the CBI had caught the main suspect in the case.

A total of 12 people have so far been arrested by the CBI for their alleged involvement in the March 21 massacre.