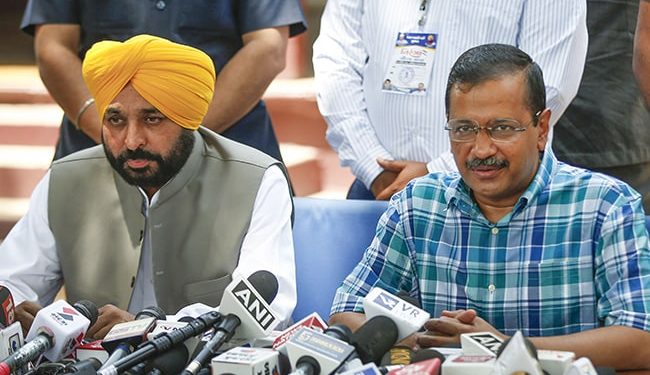 Arvind Kejriwal and Bhagwant Mann have been on a three-day visit to Gujarat since Friday. (File)

The leaders of the Aam Aadmi Party (AAP), Mr Kejriwal and Mr Mann, will jointly address two rallies in Bhavnagar town in Palitana and in Dhoraji in Rajkot district.

The national chairman of the AAP, Mr Kejriwal, has visited Gujarat several times in the recent past and offered some ‘guarantees’ to the people of the state if his party is voted to power.

Rajasthan Chief Minister and Congress veteran Gehlot will also address three rallies in Gujarat on Sunday, the third day of his visit to the state where this year’s 182-member Assembly polls are taking place.

He will first address a public meeting in Virampur in Banaskantha, followed by meetings in Khedbrahma in Sabarkantha district and Bhiloda in Aravalli district.

On Saturday, Mr. Gehlot claimed that the BJP received 95 percent of total donations through election bonds, as donors did not provide money to other parties out of fear.

He accused the BJP of even ‘threatening’ companies that want to donate to Congress and other political parties.

He also targeted the AAP and Mr Kejriwal and said they are spending money to suppress negative news against them.

The schedule for the Gujarat Assembly polls is not yet known.

Queen Camilla’s plane suffered a bird strike on her return to the UK from India: report

Queen Camilla's plane suffered a bird strike on her return to the UK from India: report