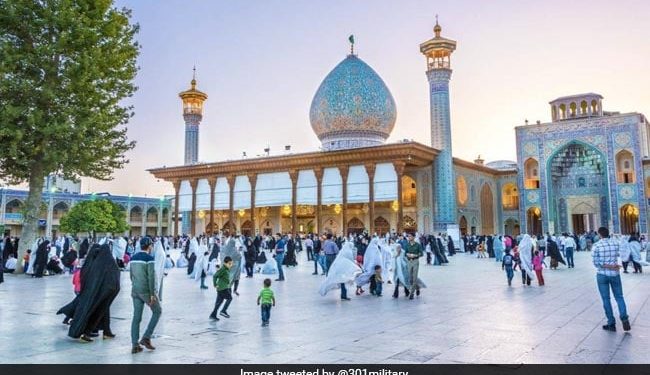 The dead are at least a woman and two children. (File)

State television said at least 13 people were killed on Wednesday by armed “terrorists” who attacked a Shia Muslim shrine in the southern Iranian city of Shiraz.

Forty others were injured when “terrorists attacked Shah Cheragh’s mausoleum in Shiraz,” said the state broadcaster, updating a previous toll of the judiciary’s news website of nine dead.

The dead are at least a woman and two children, according to Fars news agency.

Local media reported that three attackers carried out the attack and two had been detained, with Fars news agency saying “the terrorists are not Iranians”.

But a local official said there was only one attacker.

“Only one terrorist was involved in this attack,” chief justice Kazem Mousavi told state television.

The state broadcaster also reported one arrest, saying the attacker was “a terrorist affiliated with Takfiri groups.”

The term takfiri in Iran and several other countries refers to radical Sunni Islamist groups.

Shah Cheragh’s mausoleum is home to the tomb of Ahmad, brother of Imam Reza, the eighth Shia Imam, and is considered the holiest site in southern Iran.

Iran hanged a Sunni extremist in June who had been sentenced to death for killing two Shia clerics and injuring another in early April, the judiciary said at the time.

A 21-year-old national of Uzbek descent committed a stabbing on April 5 at the Imam Reza Shrine, which honors one of the most revered figures in Shia Islam.

The killings took place during the Muslim holy month of Ramadan, when large crowds of worshipers gathered at the shrine in Iran’s second largest city, Mashhad.

The attacker stabbed one of the victims twenty times with a knife, Tasnim news agency reported earlier.

The attack came days after two Sunni clerics were shot dead outside a seminary in the northern Iranian city of Gonbad-e Kavus.

The three suspects in that case, also Sunnis, were arrested in late April, but are said to have “no connection to terrorist groups,” state media reported at the time.

Wednesday’s attack comes as Iran has been rocked by street protests since the death of Mahsa Amini last month after she was arrested by vice squad for allegedly violating the Islamic republic’s strict dress code for women.

Dozens of people have died during the unrest, mostly protesters but also members of the security forces. Hundreds of others, including women, have been arrested.