by Jatin Batra
in Health
0

Higher levels of gut microbiome diversity are generally considered a good thing. Studies have linked it to lower rates of obesity, type 2 diabetes, metabolic diseases and other ailments. People living in industrialized countries generally have less microbial diversity in their gut than people living in more traditional, non-industrialized societies. Some scientists speculate that modern lifestyle factors such as: diets high in processed foods, chronic stress and physical inactivity can suppress the growth of potentially beneficial gut microbes. Others argue that the correlation between different microbiomes and good health is exaggerated, and that the low levels of microbiome diversity typical of people living in developed countries may be appropriately adapted to a modern world.

One topic about which there is usually little disagreement among nutritionists is the benefits of a high-fiber diet. In large studies, people who consume more fruits, vegetables, nuts and other high-fiber foods have lower mortality rates and fewer chronic diseases. Fiber is considered good for gut health: microbes in the gut feed on fiber and use it to produce beneficial byproducts, such as short-chain fatty acids, which can reduce inflammation. Some research also suggests that eating plenty of fiber promotes a diverse microbiome.

The researchers said they suspect the people with low microbiome diversity may not have the right microbes to digest all the fiber they consumed. One finding that supports this: The high-fiber group had unexpectedly large amounts of carbohydrates in their stool that had not been broken down by their gut microbes. One possibility is that their guts took longer to adapt to the high-fiber diet. But ultimately, this finding could explain why some people experience bloating and other uncomfortable gastrointestinal problems when they eat a lot of fiber, said Christopher Gardner, another author of the study.

“Perhaps the challenge some people have with fiber is that their microbiome isn’t prepared for it,” says Dr. Gardner, the director of nutritional studies at the Stanford Prevention Research Center.

One question the researchers hope to answer in the future is what would happen if people ate more fermented foods and more fiber at the same time. Would that increase the variety of microbes in their guts and improve their ability to digest more fiber? Would the two have a synergistic effect on inflammation?

Suzanne Devkota, the director of Microbiome Research at Cedars-Sinai Medical Center in Los Angeles, who was not involved in the new study, said that eating fermented foods had long been believed to have health benefits, but the new research revealed some of the first “hard evidence” that it can affect the gut and inflammation. “We were always a little hesitant to make comments about fermented foods being beneficial, especially from an inflammatory point of view, because there really wasn’t any data behind that,” she said.

Lights! Camera! Back to action on the streets of New York!

Lights! Camera! Back to action on the streets of New York! 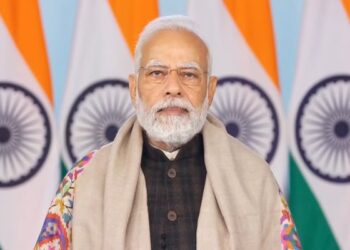